Here’s a quick book source that a lot of sellers miss.

On the surface, the Habitat for Humanity ReStore isn’t very interesting. Here’s how they bill themselves:

“Habitat for Humanity ReStores are nonprofit home improvement stores… that sell new and gently used furniture, appliances, home accessories, building materials and more to the public at a fraction of the retail price.”

Since we can’t sell used plumbing fixtures on , why am I talking about ReStore? 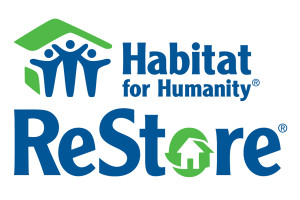 Yes, they have books. Not all of them, but a lot. And most sellers have no idea of this.

Short answer: They operate hundreds of “used home improvement” stores in all 50 states.

I’m almost 100% certain there’s one a short drive from where you are right now.

And almost everyone misses them. And I did too, until very recently.

They’re so easy to miss because, as we read above, there’s nothing to indicate they have anything other than used oscillating sanders and rusty welding helmets. But there’s more to the ReStore than that.

Scene from a Habitat for Humanity ReStore.

My ReStore success rate is at 75%

So far in my visits to Restore locations, I’m 3 for 4 on them having books.

It’s not that I’ve never heard of ReStore (they’re everywhere). It’s not even that I’ve never been to one (they come up in most searches for “thrift stores,” and I’ve walked into them on more than one occasion before realizing it wasn’t a thrift store at all, then thinking “What the heck is this place,” and walking out).

It’s that there’s nothing to indicate they would have books. You have to probe pretty deep in these stores to find them.

There’s a small catch: These places are a little weird, and as one cashier told me, they operate somewhat autonomously. Basically they can carry whatever they want. For example, some will carry used furniture, some won’t.

Likewise, some will carry books, and some won’t.

Have fun with this

It’s pretty rare that I stumble upon a new book source that’s been under my nose the whole time, so I had to share it with you. Have fun.

PS: Have a good ReStore score? Post it below.

PPS: If these have been your secret until now, sorry for ruining it.

This site uses Akismet to reduce spam. Learn how your comment data is processed.

Tools & courses on selling with Fulfillment by Amazon (FBA)

As an Amazon Associate I earn from qualifying purchases.